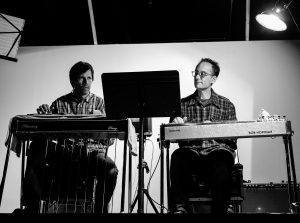 J.A.Deane “Conduction” in the tradition of Butch Morris 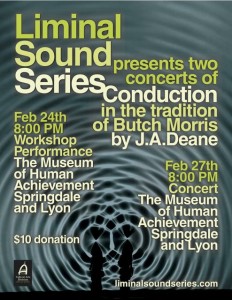 One of the world’s premiere musical innovators on her instrument, Baltimore-based Susan Alcorn has taken the pedal steel guitar far beyond its traditional role in country and western swing music. Known among steel guitarists for her virtuosity and authenticity in a traditional context, Alcorn first paid her dues in Texas country & western bands.

Soon she began to expand the vocabulary of her instrument through her study of modern classical music (Messiaen, Varèse, Penderecki), the deep listening of Pauline Oliveros, Astor Piazzolla’s nuevo tango, free jazz, and world musics (Indian rags, South American songs, and gamelan orchestra). Her pieces reveal the complexity of her instrument and her musical experience while never straying from a very direct, intense, and personal musical expression.

The UK Guardian describes her music as “beautiful, glassy and liquid, however far she strays from pulse and conventional harmony.”

This is the live recording of the concert recorded by Evan Kasper:

Some more of Susan Alcorn’s music 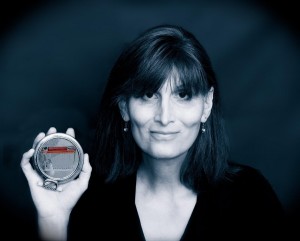 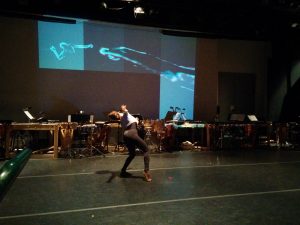 Theremin is Reading my Thoughts

David Simons uses the Theremin, one of the first electronic musical instruments, as a promixity and motion activated sample player. Taking a few steps beyond Leon Theremin’s invention, Simons uses physical and “thought based” gestures to activate and manipulate audio samples. These samples are sourced from Simons’ own compositions, found objects or homemade instruments, and soundbites from TV, film and recorded media. Simons uses MAX/MSP software to trigger and alter the digital samples. This non-linear compositional method is a unique and hyper-sensitive interactive design. Two electro-magnetic spheres of possibility are created by the instrument’s antennae.

David Simons performs his recent compositions for Theremin: “Pythia”, adding dialogue from Hitchcock’s film Shadow of a Doubt to the heterodyning, difference tones and deep gong samples; “Fujara”, based on the sound of Slovakian overtone fipple flute; “Occupational Therapy” , and “You Don’t Know”, featuring samples of jaw harp, drums, aluminum cans, glass bottles and a Donald Rumsfeld speech (2013-14). A webcam will provide live motion tracking to trigger sound and image in “Gamelan in Motion”, from 2013, with the dancers playing a virtual gamelan ‘in the air’. In “antiThesis” video projections are manipulated via theremin proximity, along with filmic soundtracks. The speed, size and position of the videos are altered live in a multiple collage of sound and image. “InnaGadda Detective” is a very recent solo composition (premiered Oct ’14); using just a floor tom and crash cymbal as velocity trigger, Simons attempts to activate each successive note of “the riff” with each stroke of the drum, simultaneously unpausing one of 6 or more detective stories from the early days of radio plays.

In these works David Simons is investigating how one medium can be used to control another: sound alters image, light and motion triggers sound. Also demonstrating that a sound from one instrument can trigger a sound from a completely different family of instruments. Joined by pedal steel guitar virtuoso and intrepid improvisor Bob Hoffnar, and two dancers from the Austin Ballet, Oren Porterfield and Jordan Moser, who will trigger and manipulate audio and video, a very interesting hour of Interactive sound and motion will be presented. 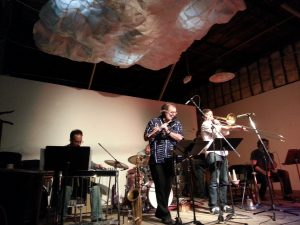 The music of:
Alex Coke
on line bio

May 21st Concert 8:00 @ The Museum of Human Achievement
Map

Complete live recording of the concert

This workshop and concert are a rare opportunity to get a visceral understanding of Just Intonation. The Hayward Tuning Vine can open some pretty big doors.